Climate change is forcing new thought on innovations in facing drier conditions in vast areas of the globe. In the SunGlacier project, I captured these changes for our advantage, with surprising results. SunGlacier is an art project that pushes the borders of theory and present technology. A marriage of art and innovation has proved the value of “dare to dream about making the impossible, possible.”  We can now build a solar powered atmospheric water and ice machine in hot and dry conditions: Desert Cascades and SunGlacier. Together with a team of engineers we successfully conducted tests on these projects in a climate controlled laboratory. The ultimate goal is to not only to build the art projects, but to see our technology applied where it can benefit people searching for an independent water source.

SunGlacier build world’s first water – out of air – harvester on solar energy with no running parts, no battery and no expensive converting technology. Ap Verheggen and his team proved that this technology can be produced very cheap: available for everyone.

Ap together with his team lifted two of his monumental sculptures by helicopter onto a drifting iceberg in the North of Greenland to draw attention to the speed of climate change. Ap showcased his documentary film “Iceberg Riders”  based on this project with a premiere in Croatia in late 2012, and has been shown around the world

Shell International invited Ap in 2003 to build his Terra Incognita, one of the largest bronze art creations in the Netherlands. Seven sculptures, 3.6 meters high, with the relief of the earth’s spherical shape and the depth of the oceans on the concave side are prominently situated in the head office in The Hague.

Several short documentary films and videoclips and a 55 minutes documentary: “IceBerg Riders” Premiered on Zagreb Filmfestival and was presented on TV (VPRO – Holland Doc) and other locations: The Hague/ Amsterdam/Delft/New York/Toronto/Warsaw/Costa Rica. The film is selected for several film festivals.

Director and Co-founder at  NRGsociety
NRG (energy) Society focusses positive attention on social problems by designing objects. Large part of the profit of our sunglasses “Uummannaq” is transferred to the Children’s Home in Uummannaq, Greenland. 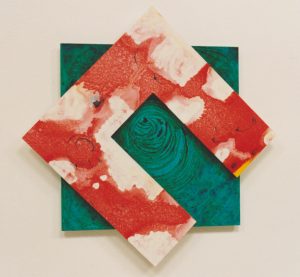